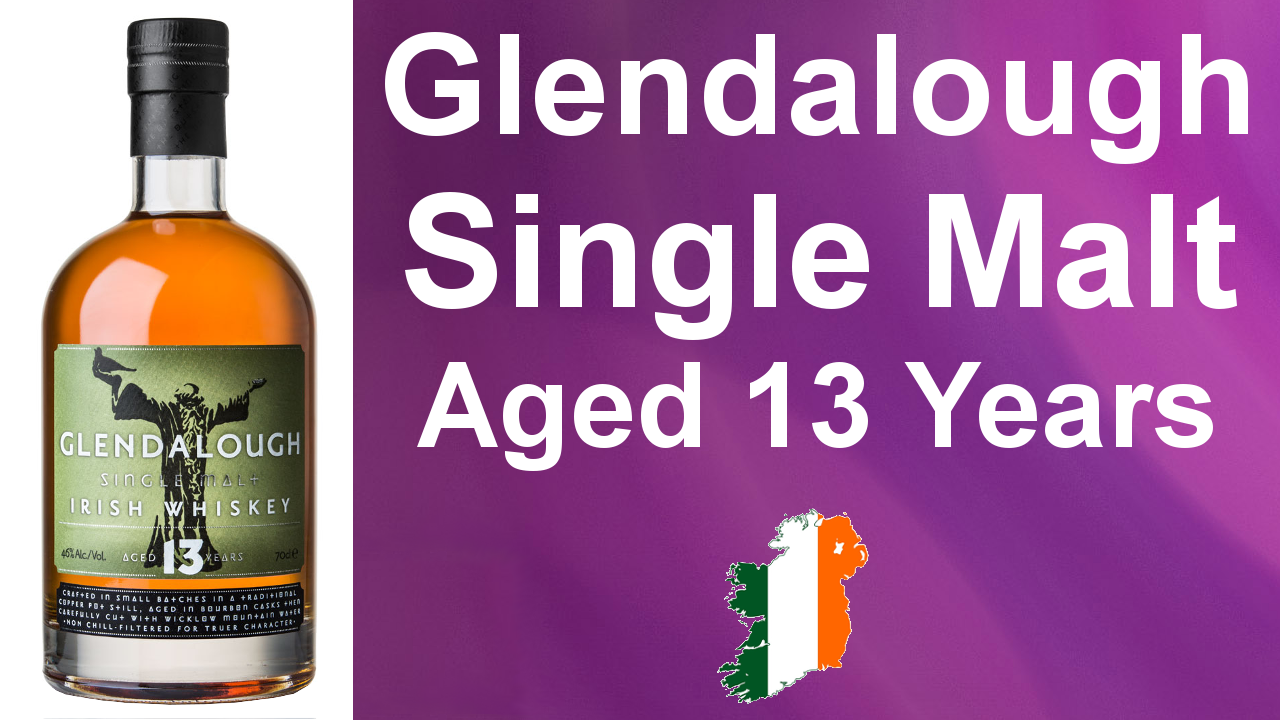 This single malt Irish whiskey from the Glendalough Distillery is matured in first-fill bourbon oak casks and diluted to 46% using local Wicklow water.

The original plan was to release this as a 12-year-old whiskey, but it was matured an extra year in honour of the Irish rugby player Brian O’Driscoll, who is also a shareholder in the company as O’Driscoll wore the No.13 jersey for Ireland during his playing days.

Each Glendalough bottle depicts St Kevin, who founded a monastery beside the beautiful lakes at Glendalough near Wicklow, Ireland.