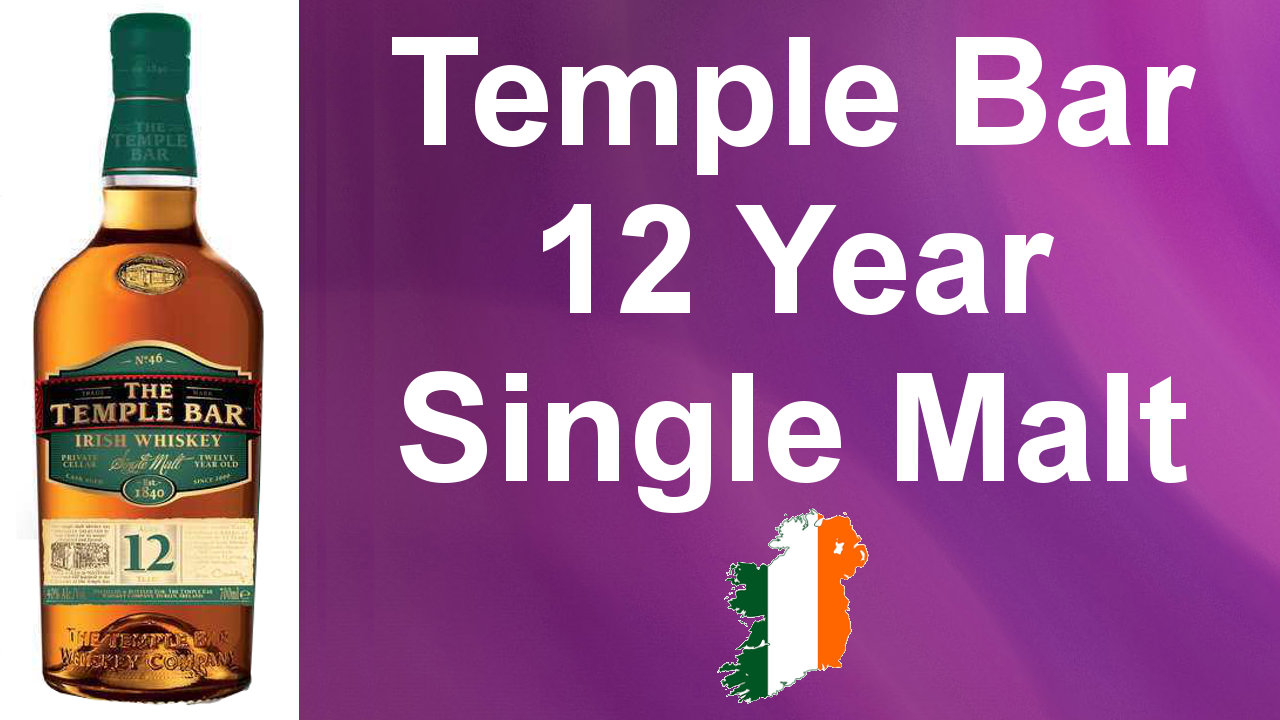 This The Temple Bar 12 year old Single Malt Irish Whiskey special release was traditionally distilled on copper pot stills and filled in bourbon barrels in 2004. The barrels were carefully selected and then bottled by the Cleary family. The whiskey was allowed to mature for 12 years in the cellars of the Temple Bar in Dublin’s Bar district.

The whiskey was distilled on small pot stills. It has a very distinctive and harmonious flavor.