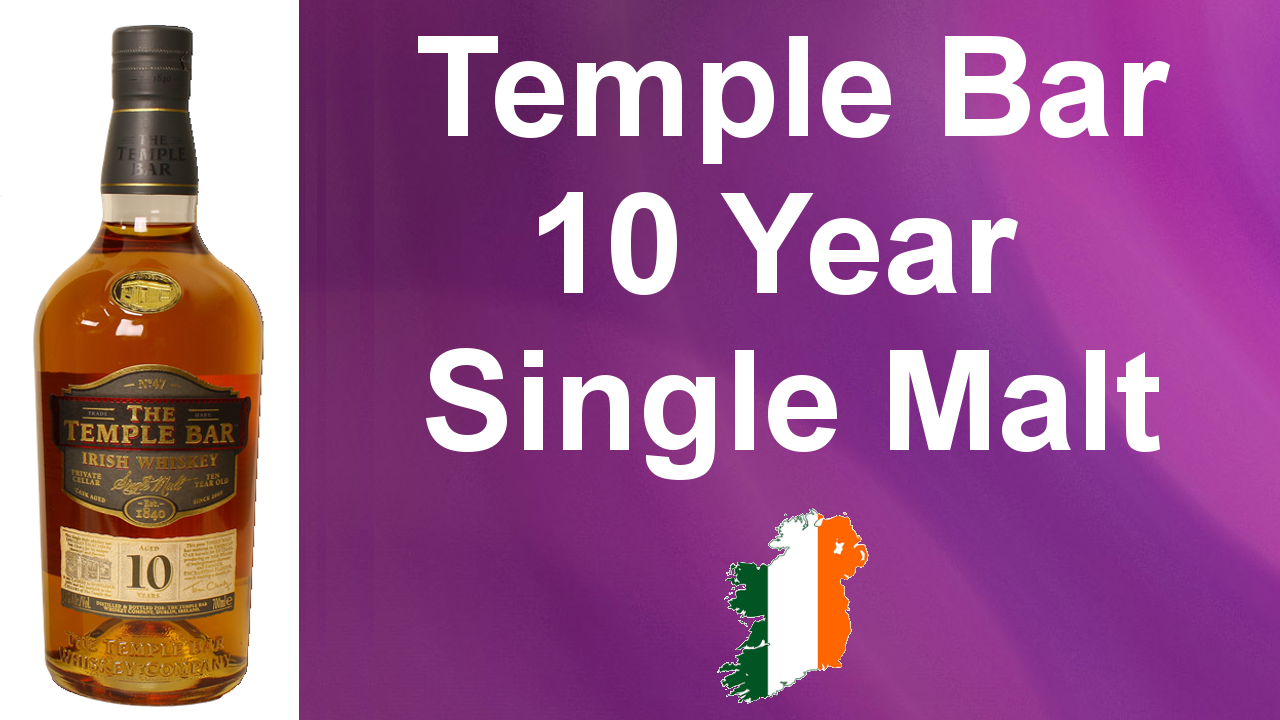 The Temple Bar 10 Years Single Malt Whiskey is the second bottling from the The Temple Bar whiskey series . Tom Cleary revived an old tradition in the heart of Dublin. Previously every pub in Ireland had its own whiskey with its own individual character.