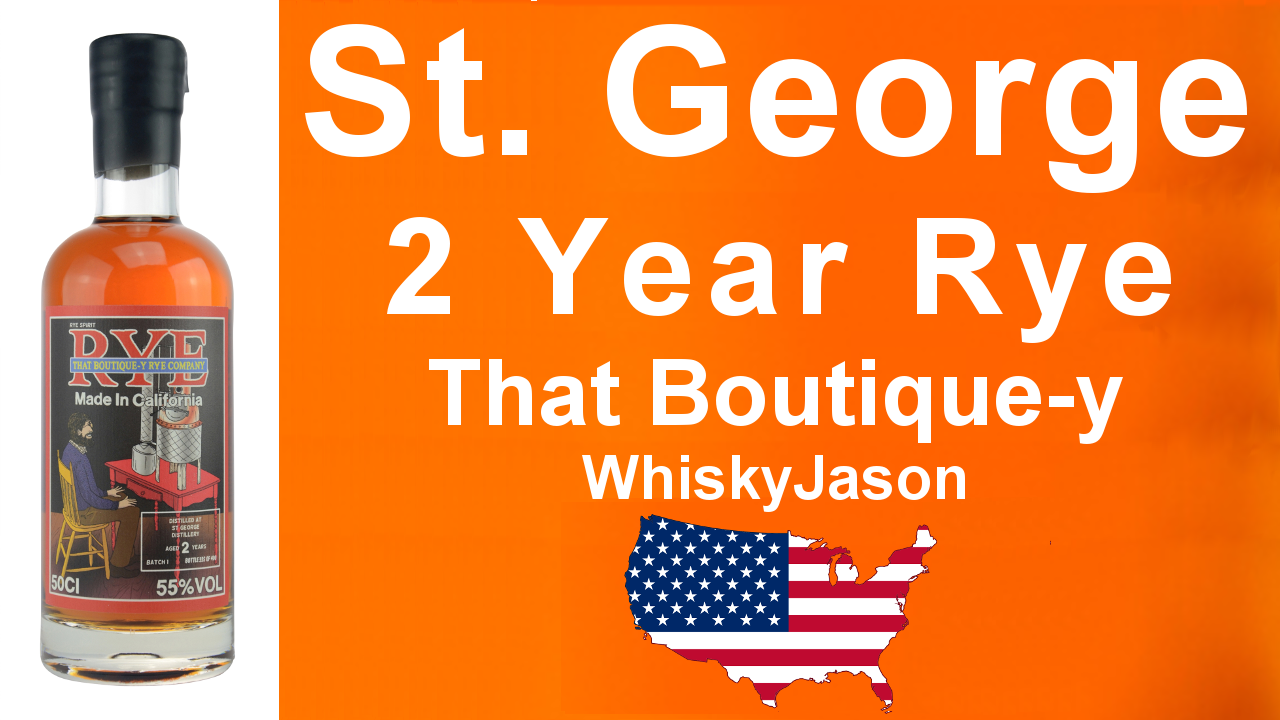 An independently bottled 2 year old rye from Californian craft distilling pioneers, St. George Spirits, bottled by That Boutique-y Rye Company. Back in 1982 Time Magazine didn’t crown a Person of the Year that year. They actually crowned ‘The Computer’ as Machine of the Year. While some may see that as an invitation for robots to rise up and take over the world, That Boutique-y Rye Company clearly agree that Machine of the Year was the right choice for 1982, but they would have chosen a different machine – Jorg Rupf’s still, with which he founded St. George Spirits in 1982 and became a trailblazer of the American craft distilling movement.

Batch 1 is a release of 400 bottles. That Boutique-y Whisky Company bottles single malts, single grains and bourbons from a variety of renowned distilleries as well as producing award-winning blended malts and blends. These whiskies are adorned with cultish graphic novel-style labels.